RSS
← Suggestions gleaned from 49 years of a happy marriage
Beliefs Matter: One Faith: A Call To Arms! – Philippians 1:27; Jude 1 →

The Anatomy of a Backslider: Learning From One Who Knows By Experience 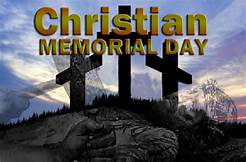 consequences of backsliding:
“If they have escaped the corruption of the world by knowing our Lord and
Savior Jesus Christ and are again entangled in it and overcome, they are
worse off at the end than they were at the beginning. {21} It would have
been better for them not to have known the way of righteousness, than to
have known it and then to turn their backs on the sacred command that was
passed on to them. {22} Of them the proverbs are true: “A dog returns to
its vomit,” and, “A sow that is washed goes back to her wallowing in the
mud.””

It is interesting that we find this passage coming from the inspired pen
of Peter…for if anyone knew “firsthand” the reality and dangers of
backsliding, it was Peter! He discovered these truths the night he denied
Jesus!

The process of backsliding is a gradual one, often overtaking a person by
surprise; and lest we fall from our own steadfastness…we shall
carefully examine the process that led to Peter’s denial of Christ.
Notice how Peter’s own words in his epistles are designed to prevent the
same from happening to us!

THE ANATOMY OF A BACKSLIDER
A. PRIDE – Mark 14:27-31: “You will all fall away,” Jesus told them, “for
it is written: “‘I will strike the shepherd, and the sheep will be
scattered.’ {28} But after I have risen, I will go ahead of you into
Galilee.” {29} Peter declared, “Even if all fall away, I will not.” {30}
“I tell you the truth,” Jesus answered, “today–yes, tonight–before the
rooster crows twice you yourself will disown me three times.” {31} But
Peter insisted emphatically, “Even if I have to die with you, I will
never disown you.” And all the others said the same.”

B. LAZINESS – Mark 14:32-42: “They went to a place called Gethsemane, and
Jesus said to his disciples, “Sit here while I pray.” {33} He took Peter,
James and John along with him, and he began to be deeply distressed and
troubled. {34} “My soul is overwhelmed with sorrow to the point of
death,” he said to them. “Stay here and keep watch.” {35} Going a little
farther, he fell to the ground and prayed that if possible the hour might
pass from him. {36} “Abba, Father,” he said, “everything is possible for
you. Take this cup from me. Yet not what I will, but what you will.” {37}
Then he returned to his disciples and found them sleeping. “Simon,” he
said to Peter, “are you asleep? Could you not keep watch for one hour?
{38} Watch and pray so that you will not fall into temptation. The spirit
is willing, but the body is weak.” {39} Once more he went away and prayed
the same thing. {40} When he came back, he again found them sleeping,
because their eyes were heavy. They did not know what to say to him. {41}
Returning the third time, he said to them, “Are you still sleeping and
resting? Enough! The hour has come. Look, the Son of Man is betrayed into
the hands of sinners. {42} Rise! Let us go! Here comes my betrayer!””

1. Told to keep watch, Peter kept falling asleep
2. It was therefore lack of diligent preparation which caused him
to be caught off guard for what was to follow
3. The same thing can happen to us!
a. Without diligence, we too can be found unprepared – Lk
21:34-36
b. More often than not, it is a “gradual drifting” that catches
us off guard – Heb. 2:1-3
c. But when we are proud of ourselves, we become lazy, and
that easily leads to the next step…

C. COWARDICE – Mark 14:54: “Peter followed him at a distance, right into
the courtyard of the high priest. There he sat with the guards and warmed
himself at the fire.”

1. Note that it says “…Peter followed Him at a distance”
2. Now that Jesus had become unpopular…
a. Peter stays far enough away so as not to be identified with
Him
b. Peter was unprepared for the challenge of facing ridicule and
persecution
3. Without diligent preparation, we too can become guilty of
cowardice!
a. Ashamed to be seen carrying a Bible
b. Ashamed to be seen giving thanks
c. Ashamed to be seen with other Christians
d. Perhaps even ashamed to let others know that we are
Christians!
4. And yet, Jesus has made it clear what He thinks of “cowardice”
Mark 8:38; Rev. 21:8
5. When we are ashamed of Christ, it is natural for to fall into
the next step of backsliding…

D. WORLDLINESS – Mark 14:54: “Peter followed him at a distance, right
into the courtyard of the high priest. There he sat with the guards and
warmed himself at the fire.”

1. We now find Peter sitting with the servants of the High Priest
and warming himself by the fire
2. Ashamed to be seen with Christ, it becomes easy to mingle with
those of the world and enjoy their comforts
3. But one cannot be “comforted by the fire” of the world, and not
be “burned”!
a. Close contact with that which can harm has its effects! –
Prov. 6:27-29
b. So it is we cannot “flirt with the world” and walk away
untouched! – 1 Cor. 15:33
4. By the time we become “friends with the world”, it is only a
short time before we take the next and final step of backsliding…

E. DENIAL – Mark 14:66-71: “While Peter was below in the courtyard, one
of the servant girls of the high priest came by. {67} When she saw Peter
warming himself, she looked closely at him. “You also were with that
Nazarene, Jesus,” she said. {68} But he denied it. “I don’t know or
understand what you’re talking about,” he said, and went out into the
entryway. {69} When the servant girl saw him there, she said again to
those standing around, “This fellow is one of them.” {70} Again he denied
it. After a little while, those standing near said to Peter, “Surely you
are one of them, for you are a Galilean.” {71} He began to call down
curses on himself, and he swore to them, “I don’t know this man you’re
talking about.””

1. Away from Christ, at comfort with those in the world, Peter
finds himself denying His Lord and Savior!
2. In so doing, he has put himself in grave danger – Matt. 10:32-33
3. Though we may never actually deny Jesus in “words”, we can
easily backslide to the point of denying Him in “action”…
a. We are called to worship Him…but make excuses why we cannot
b. We are called to serve Him…but render little or no service
c. We are called to stand by His side and suffer for His
name…but stand afar off in the safety of the world’s comfort

[When we deny the Lord, our backsliding is complete; unless we repent,
the only thing left is to one day face the Lord, where we will fully
realize the error of our ways!

For Peter, he fully realized his sin when the Lord turned and looked at
him there in the courtyard:
Luke 22:60-62: “Peter replied, “Man, I don’t know what you’re talking
about!” Just as he was speaking, the rooster crowed. {61} The Lord turned
and looked straight at Peter. Then Peter remembered the word the Lord had
spoken to him: “Before the rooster crows today, you will disown me three
times.” {62} And he went outside and wept bitterly.”

Imagine the feeling in Peter’s heart as those eyes of His Savior pierced
his soul! Like
Judas, Peter wept bitterly over his sin.

Unlike Judas, Peter had “godly sorrow” that results in true repentance (2
Cor. 7:10-11). And years later, we find Peter writing the sort of things
that would prevent us from making the same mistake he did…]

ADVICE FROM ONE WHO LEARNED THE HARD WAY
A. TO GUARD AGAINST “PRIDE”…
1. Peter enjoins “humility” – 1 Peter 5:5-6
2. Indeed, “God resists the proud, but gives grace to the humble”

D. INSTEAD OF “WORLDLINESS”…
1. Peter tells us to “abstain” – 1 Peter 2:11-12
2. Remember that we are “sojourners and pilgrims”, destined for a
better place than the things of this world have to offer!

CONCLUSION
1. From one who learned by the hard road of experience, let’s heed his
advice lest we one day backslide ourselves, and in so doing deny the
Lord! – 2 Peter 3:17-18

2. Remember too that when Peter saw the eyes of his Lord, he realized the
error of his way…
a. Fortunately for him, there was still time to repent
b. But for us, when we see Jesus “face to face”, the time to repent
will be gone…it will be the time for judgment!

3. If we realize that we are guilty of backsliding…
a. Repent now, do not wait until you stand before Jesus
b. Do it now, so that your “face to face” encounter with Jesus will be
terrific, not terrifying!

← Suggestions gleaned from 49 years of a happy marriage
Beliefs Matter: One Faith: A Call To Arms! – Philippians 1:27; Jude 1 →

One response to “The Anatomy of a Backslider: Learning From One Who Knows By Experience”