RSS
← The Meaning of the Miracles  Mark 4: 35-41
Following after Faith…Faith builds a bridge across the gulf of death →

Benefits which come from beginning the day with prayer

1. It enables us to form a habit of close and ultimate union, communion, and fellowship with God. The law and force of habit are well understood; for all men live and act, more or less under the influence of habit. Those who neglect their duty, or engage in sinful practices, will soon find that they are drawn to these things by an invisible and almost irresistible influence.

They may see many examples to warn them of the dangers which confront them, and they may feel keenly the awful forebodings and warnings of a guilty and an aroused conscience; but, in spite of all these, the force of habit generally overcomes all their fears and feeble resolutions. Under its still-increasing power they continue their neglect, or sinful practices, until their characters have been largely developed; and then it is well-nigh impossible to change them. “An act often repeated hardens into a habit, and a habit long continued petrifies into character.”

On the other hand, if one begins his life on the ascending scale, and forms the right kind of habits, he will soon find that he will have little difficulty in ascending still higher and higher on his way to eternal life and a home with God.

These habits become helps and encouragements to him, and will cause him to hunger and thirst after the Kingdom of God and His righteousness.

The habit of prayer, and especially of secret prayer, is altogether in harmony with this general law of habit and the growth and development of human character. In no other religious exercise is one brought so near to God; and in no other can he be so familiar with the Creator of his body and the Father and Preserver of his spirit.

Furthermore, it is a law of nature that one forms attachment to and for those with him he associates, and even becomes like them in his character; and since this is true, it follows that no other act of devotion is so favorable for the cultivation of godliness. Those therefore, who have been most devoted to prayer, in its true sense, have always been the most pious and the happiest of men.

2. It serves to cultivate and educate our spiritual nature. It is generally understood that all parts of our nature are developed and strengthened by exercise; and if that is a law of our human constitution, then what can be more serviceable in the way of spiritual culture than the devotion to the practice of prayer, and especially private prayer?

When one prays in secret there is no motive; to try to deceive God, or to make a vain display of his person, dress, or good works. Instead, his mind turns upon itself; the conscience is awakened; and he sees himself in the light of God.

The practice of secret devotions brings one under the deep and solemn conviction that he is on holy ground, and that the eye of God is upon him; and with that feeling he is almost compelled to be humble, to repent of his sins, to forgive those who have sinned against him, to sympathize with the afflicted, to love and honor the Lord, and to endeavor to exercise all the powers of his being in harmony with the will of God.

There is, therefore, a deep significance in the words of Jesus: “But thou, when thou prayest, enter into thine inner chamber, and having shut thy door, pray to thy Father who is in secret, and thy Father who seeth in secret shall recompense thee.” (Matt. 6:6).

3. It serves to preserve us from many evils. It is impossible to live in this world without coming in contact with the influence of evil to some extent.

(John 17:15)  My prayer is not that you take them out of the world but that you protect them from the evil one.

(1 Corinthians 5:9)  I have written you in my letter not to associate with sexually immoral people–

(Ephesians 6:10-15)  Finally, be strong in the Lord and in his mighty power. {11} Put on the full armor of God so that you can take your stand against the devil’s schemes. {12} For our struggle is not against flesh and blood, but against the rulers, against the authorities, against the powers of this dark world and against the spiritual forces of evil in the heavenly realms. {13} Therefore put on the full armor of God, so that when the day of evil comes, you may be able to stand your ground, and after you have done everything, to stand. {14} Stand firm then, with the belt of truth buckled around your waist, with the breastplate of righteousness in place, {15} and with your feet fitted with the readiness that comes from the gospel of peace.

The worst enemies that anyone has are his lusts and passions. 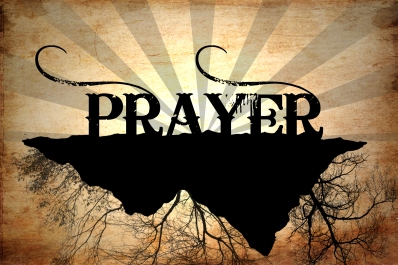 (James 1:13-16)  When tempted, no one should say, “God is tempting me.” For God cannot be tempted by evil, nor does he tempt anyone; {14} but each one is tempted when, by his own evil desire, he is dragged away and enticed. {15} Then, after desire has conceived, it gives birth to sin; and sin, when it is full-grown, gives birth to death. {16} Don’t be deceived, my dear brothers.

(1 Peter 2:1-2)  Therefore, rid yourselves of all malice and all deceit, hypocrisy, envy, and slander of every kind. {2} Like newborn babies, crave pure spiritual milk, so that by it you may grow up in your salvation,

4. It secures to us and for us much positive good by fulfilling a condition upon which God has promised to bestow His blessings. Some have erroneously supposed that the influence of prayer is wholly subjective, or, at least, that it never extends beyond the narrow limits of our own earthly associations. The Bible, however, plainly teaches that God hears the prayers of His faithful children, and that He is influenced for good by them.

5. Prayer is a powerful and divinely appointed means of convicting, sanctifying and saving others. This is especially true of the family. The relation of the parent to a child is one of the nearest, dearest, and most interesting on earth; and for that reason it involves an influence which is peculiar to itself.

The example of the parent is to the child, during the most tender and impressible period of its existence, the standard of all that is right, noble, and magnanimous. The child’s greatest concern is to imitate the parent, whether it be good or bad; and if the parent prays or neglects to pray, he may expect the child to follow.

The parent, therefore, is responsible for the proper exercise of the influence of prayer over his child; and it will be a terrible thing for him to stand before the Judge of all the earth and have his child say to him, “You were responsible for bringing me into the world, but you never taught me to read and study the Bible and to pray to the heavenly Father; and now it is too late.”

Heaven is full of answers to prayers for which no one ever bothered to ask. On a gloomy day in 1857 a man in New York City by the name of Jeremiah Lanthier scanned the morning newspaper as he rode to his office. He was distressed to read that the depression gripping the nation was causing fear and panic among the people. Factories were stopping production and thousands were unemployed. Although Lanthier was not a big industrialist, but only a clerk, he had one important distinction. He was a man who had great faith in God!

Concerned with the grim economic situation, he sent a note to all his business acquaintances, telling them that each day at noon a prayer meeting would be held in his office. With high hopes he arranged 20 chairs in a circle, but the first day no one came. All alone he prayed fervently that God would bring about a great change in him and in America. The second day he was encouraged, for a few friends joined him. A short time later a similar gathering was started on Wall Street, another on Williams Street, and finally a fourth on Broadway. Then like wildfire the movement spread to all parts of the country. The moral tone of the nation was affected, and there was a great upsurge in the spiritual life of the people. Some historians say that this effort of united prayer and faith was an integral part of the improvement in the economy which soon followed.

I learned early in life that we need to be careful what we pray for, because God might grant it. I prayed for patience, and it seemed my whole world fell apart…..disaster, difficulty, and despair one after the other. My mother had a simple explanation: “you prayed for patience and God put you in circumstances when patience was required.”

Many successful people have acknowledged in their memoirs that whenever they came to an impasse in their work and were completely baffled, they sought wisdom from the Lord.

This was true in the life of the inventor of the telegraph, Samuel F. B. Morse. In an interview, George Hervey inquired, “Professor Morse, when you were making your experiments at the university, did you ever come to a standstill, not knowing what to do next?” “I’ve never discussed this with anyone, so the public knows nothing about it. But now that you ask me, I’ll tell you frankly — I prayed for more light” “And did God give you the wisdom and knowledge you needed?” Yes He did,” said Morse. “That’s why I never felt I deserved the honors that came to me from America and Europe because of the invention associated with my name. I had made a valuable application of the use of electrical power, but it was all through God’s help. It wasn’t because I was superior to other scientists. When the Lord wanted to bestow this gift on mankind. He had to use someone. I’m just grateful He chose to reveal it to me.” In view of these facts, it’s not surprising that the inventor’s first message over the telegraph was: “What hath God wrought!”

Every time you face a perplexing problem, seek wisdom from above. And when the answer comes, always be sure to thank God and give Him all the glory.

Good advice for difficult times? A sign in front of a church carried this admonition: “When your knees knock together, kneel on them.” That’s good advice! Quieting our hearts before God will calm our fears and renew our courage.

← The Meaning of the Miracles  Mark 4: 35-41
Following after Faith…Faith builds a bridge across the gulf of death →