RSS
← Heaven in the Home: God’s Plan for His Family #3 – Wisdom in Family Matters
The hoax of global warming →

Jeremiah proclaimed the truth about God to the people of his day. The land was filled with dishonesty, profanity, and immorality, and the false prophets of the day were not only condoning it but actually participating in it (Jeremiah 23:11,14). They assured the people that God would not judge them for their sin (verse 17). That is when God spoke through Jeremiah: Am I a God who is near, declares the LORD, And not a God far off? (verse 23)

I read somewhere about a little boy who believed it too: He was just a little lad, and on a fine Lord’s day, was wandering home from Sunday School and dawdling on the way. He scuffed his shoes into the grass; he found a caterpillar, he found a fluffy milkweed pod and blew out all the filler. A bird’s nest in the tree o’erhead, so wisely placed and high, was just another wonder that caught his eager eye.

A neighbor watched his zigzag course and hailed him from the lawn, asked him where he’d been that day, and what was going on. “Oh, I’ve been to Sunday school,” (he carefully turned the sod,  and found a snail beneath it). “I’ve learned a lot ’bout God.” 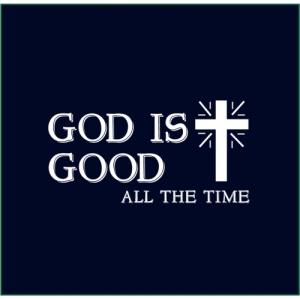 Knowing this fact about God’s omnipresence is sufficient to give me the courage I need to be courageous each day I have upon this earth, “…because God has said, “Never will I leave you; never will I forsake you.”[1]

When we truly accept this fact, we can respond with courage. Conviction becomes our strength. We become bold in our words and our actions. We grow more immune to the normal despair brought on by pressure presented by peers.

Victor Frankl, the eminent German Jewish doctor, was arrested by the Gestapo during World War II.  As he was being interrogated by the Nazi secret police, Frankl was stripped of all his possessions–his clothes, his jewelry, his wedding band.  His head was shaved.  He was repeatedly taken from his prison cell, placed under bright lights, and questioned for hours.  He underwent many savage, senseless tortures. But Frankl realized he had one thing left:  “I still had the power to choose my own attitude.  Bitterness or forgiveness, to give up or go on.”

← Heaven in the Home: God’s Plan for His Family #3 – Wisdom in Family Matters
The hoax of global warming →