RSS
← The Husband and Father in the Home
Heaven In The Home: God’s Plan For His Family #4 – “The Biblical Model for Love” →

10 Commandments for Guiding Our Children 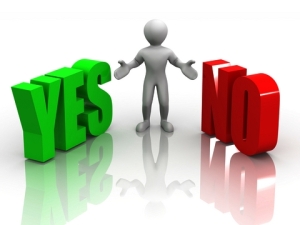 What is the most powerful word in the English language? Is it “honor” or “love” or “country”? Maybe it’s “sacrifice.”

Stu Weber, who has written the book called Tender Warrior, says, “How about the word ‘dad’? Just walk through what you know about life. When it comes to power in a youngster’s world, I’ll put my money on the word ‘dad.’ As words go, hope, vision, and sacrifice don’t mean a whole lot to little ones, but the power of the word ‘dad’ reaches far beyond a youngster’s childhood.

“In fact, it spans generations. There are two ways to recognize power. One is to see it at work. The other is to measure what happens when it is gone. Either way, the word ‘dad’ is pretty potent. Present or absent, positive or negative, the power of the father is incredible.”

To assist in your quest to be good parents, here are ten commandments for guiding your children.

What if God should place in your hand a diamond, and tell you to inscribe on it a sentence which should e read at the last day, and be shown then as an index of our own thoughts and feelings? What care, what caution, would you exercise in the selection!

Now, this is what God has done, He has placed before you, the immortal minds of your children, more imperishable than the diamond, on which you are about to inscribe every day and every hour, by your instructions, by our spirit, or by your example, something which will remain, and be exhibited for or against you at the judgment day.

← The Husband and Father in the Home
Heaven In The Home: God’s Plan For His Family #4 – “The Biblical Model for Love” →