The value of faith

Faith is like love in that it, too, is always beginning. For example, in the Gospel of John, the disciples had already come to have faith in Jesus by the time we reach chapter 11.

The disciples who attended the wedding feast in Cana believed when they saw that Jesus had turned the water into wine (2:11). We are told that Peter and the other disciples who witnessed the feeding of the five thousand and heard the Bread of Life discourse also believed (6:69). Even after all of these statements of faith, Jesus told His disciples that He was glad for the opportunity to raise Lazarus so that they might believe (11:15)!

Many of us already believe, at least to some degree. Then, one day, we face something that is so lifechanging that we never look at faith in the same way again. This encounter may be a blessing or a trial, the birth of a child or a fifty-foot fall. Suddenly, we see everything differently, and it seems that faith is beginning all over!

Today the Gospel of John calls us to believe (20:31). Many of us hear that call and think, “I already believe.” However, if we will listen and seek and follow, we may find that faith is only beginning in us!

FAITH IS FULL OF PROMISE

When Martha met Jesus outside of Bethany, her brother had been in the tomb for four days. She lamented that if Jesus had only been there, her brother would not have died.

Jesus’ words provide a powerful motivation to believe. Faith is hard work, and a lazy person will simply not put forth the effort. We do not believe just because we want to believe, but we will never believe if we do not want to believe. Faith involves dedication, obedience, sacrifice, and, oftentimes, tears. However, a rich promise is made to all who will believe.

In this respect, faith is like hard work in college; the student does it because of the promised payoff of getting a good job. Working hard at one’s career is rewarded with a good paycheck or promotion. Make no mistake about this: Faith does not earn a reward, but God’s promises are what motivate us to continue down the long, difficult, sometimes trying road to faith.

FAITH IS FOCUSED ON JESUS

In Martha’s powerful statement of faith, she told Jesus, “… I have believed that You are the Christ, the Son of God, even He who comes into the world” (11:27; emphasis mine). When Jesus, His disciples, Martha, Mary, and the crowd of mourners were later gathered outside Lazarus’ tomb, Jesus prayed to the Father, saying, “And I knew that Thou hearest Me always; but because of the people standing around I said it, that they may believe that Thou didst send Me” (11:42).

This is consistent with the rest of the Gospel of John, where the purpose is to produce faith “that Jesus is the Christ, the Son of God” (20:31). 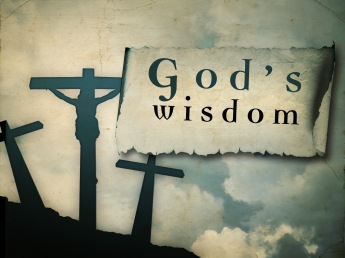 John Paton was a missionary to Africa who taught and baptized a large number of people. Because the Bible was not available in the language of the people he was teaching, Paton began the long and difficult work of Bible translating.

Then, one day as Paton was struggling with this linguistic problem, a Christian man from the village came to visit him. This man had been working hard all day and was exhausted.

When he sat down in a chair he gave a weary sigh of relief and said, “It is so good to lean your whole weight on something.” Paton realized that he had found an expression for “believe”: To believe is to “put your whole weight on Jesus.”‘ Faith is focused on Jesus and nothing less.

As the people stood outside Lazarus’ tomb and saw him walk out alive, they were presented with an unavoidable fork in the road. They had seen Lazarus dead, had prepared him for burial, had placed him in a tomb, and had placed a stone over the mouth of the cave.

They were eyewitnesses to these events. Then, because of Jesus’ miracle, these same people had become witnesses of Lazarus’ rising! Would they believe? They could not avoid making a decision.

John recorded the division that took place among the observers of the miracle that day:

“Many therefore of the Jews, who had come to Mary and beheld what He had done, believed in Him. But some of them went away to the Pharisees, and told them the things which Jesus had done” (11:45, 46).

Amazingly, these people all witnessed the same events but reacted in opposite ways. Some saw that they were in the presence of the power of God, so they placed their faith in Jesus that day. Others only “saw” a juicy piece of gossip and scurried off to Jerusalem to tell the Jewish leaders about the stir created by Jesus.

The division among the people that day is no insignificant part of the story. On the contrary, division is the very nature of the story of Jesus: When people hear about Jesus, they are forced to make a decision, one way or the other, about His true identity. There is no neutral ground.

Jesus and the apostle John both push us relentlessly toward a decision. Is Jesus the Son of God, or was He a fraud? Either He is divine, or He was a blasphemer deserving death. What is your decision?

Some of those who had witnessed Lazarus’ resurrection went to the chief priests and the Pharisees in Jerusalem to tell them what the teacher from Nazareth had done.

As they made their report, they complained, “If we let Him go on like this, all men will believe in Him, and the Romans will come and take away both our place and our nation” (11:48).

They realized that faith in Jesus would change lives, change families, and even change a nation. They realized–perhaps better than most Christians today–· just how “dangerous” faith is.

An old song says about love that “it will lift you up, never let you down, take your world and turn it all around. The same should be said about faith in Jesus.

The tendency today is to expect too little in regard to faith. Many Christians have made faith too easy, too soft, too undemanding.

The faith to which Jesus invites us may well change our entire lives. John wanted to make sure that we understand the possible costs involved in following Jesus. We may suffer, we may be persecuted, and we may lose everything we own. Compared with the rich promises of faith, the costs seem strangely insignificant!

Posted by Gary E. Davenport on November 16, 2017 in Encouragement