Habits and Attitudes of Highly Effective Churches: Responds to Its Time and Place 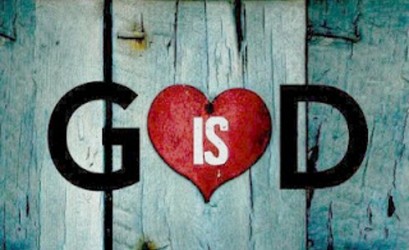 The changes in my parents’ lifetimes from simple Model-T carburetors to computerized fuel-injection systems or from crude medical treatment without antibiotics to organ-replacement surgeries will seem incredibly slow when compared to what is ahead for us in the next ten years.

Do you remember the “Calvin and Hobbs” strip? It usually consisted of conversations between a little boy named Calvin and his stuffed tiger, Hobbs. As they were barreling down a hill in one frame, Calvin told his imaginary playmate, “Nothing is permanent. Everything changes. That the one thing we know for sure in this world.” Then, with their backs to us in the second frame, he continued, “But I’m still going to gripe about it.”

A plausible case could be made for the following thesis: To the degree that Christians allow ourselves to be out of touch with the books, magazines, movies, music, videos, Internet, and other media of our time:
1. we are either too timid with the gospel (i.e., afraid it cannot withstand and answer the spirit of our age)
2. or blatantly unfaithful with it (i.e., unaware of the issues that must be confronted by the message of Jesus Christ).

Perhaps the truth is not so severe, however, and we have just thoughtlessly cocooned ourselves from the world to the degree that we have assumed that the old methods of communicating the gospel are sufficient for this time and place.

Whether the true analysis is positively sinister or carelessly naive, we have to wake up quickly to the biblical mandate about engaging our world. God did not tell us to build edifices and wait for lost people to come to us. He told us to figure out ways and means of going to the lost in order to establish credibility, teach the gospel, and offer them the opportunity of eternal life.

The clearest place in Scripture where this mandate is articulated is in the writings of Paul. He is a living model of the process in which we must be engaged.

It is unfortunate that the phrase “all things to all men” has been used and abused by the world and made to mean what Paul did not intend for it to mean. Paul was not a chameleon who changed his message and methods with each new situation. Nor was Paul a compromiser who adjusted his message to please his audience. He was an ambassador, not a politician!

Paul was a Jew who had a great burden for his own people: Romans 9:1-3: “I am telling the truth in Christ, I am not lying, my conscience testifies with me in the Holy Spirit, {2} that I have great sorrow and unceasing grief in my heart. {3} For I could wish that I myself were accursed, separated from Christ for the sake of my brethren, my kinsmen according to the flesh,”

Romans 10:1: “Brethren, my heart’s desire and my prayer to God for them is for their salvation.”

But his special calling was to minister to the Gentiles. Whenever he went into a new city, he headed straight for the synagogue, if there was one, and boldly shared the Gospel. If he was rejected by the Jews, then he turned to the Gentiles.

What separated Jews and Gentiles in that day? The Law and the covenants. In his personal life, Paul so lived that he did not offend either the Jews or the Gentiles. He did not parade his liberty before the Jews, nor did he impose the Law on the Gentiles.

Was Paul behaving in an inconsistent manner? Of course not. He simply adapted his approach to different groups. Paul’s going along with the opinions and customs of others does not mean he was compromising his convictions nor being two-faced. It means that he was getting ‘next to men,’ gaining their confidence and trust so they would pay attention to
his witness for Christ.

This point is illustrated by Paul’s dealing with Timothy and Titus:

Acts 16:1-3: “Paul came also to Derbe and to Lystra. And a disciple was there, named Timothy, the son of a Jewish woman who was a believer, but his father was a Greek, {2} and he was well spoken of by the brethren who were in Lystra and Iconium. {3} Paul wanted this man to go with him; and he took him and circumcised him because of the Jews who were in those parts, for they all knew that his father was a Greek.”

Timothy’s mother was a Jew, but his father was a Greek
1. Paul knew Timothy would be limited in his access to the Jews and to the opportunities to teach in the synagogue if uncircumcised
2. He knew circumcision had nothing to do with salvation and was no longer required even of Jews!

Galatians 2:1-5: “Then after an interval of fourteen years I went up again to Jerusalem with Barnabas, taking Titus along also. {2} It was because of a revelation that I went up; and I submitted to them the gospel which I preach among the Gentiles, but I did so in private to those who were of reputation, for fear that I might be running, or had run, in vain. {3} But not even Titus, who was with me, though he was a Greek, was compelled to be circumcised. {4} But it was because of the false brethren secretly brought in, who had sneaked in to spy out our liberty which we have in Christ Jesus, in order to bring us into bondage. {5} But we did not yield in subjection to them for even an hour, so that the truth of the gospel would remain with you.”

1. Paul refused to let Titus be circumcised
2. As a Gentile, he had never been under the law of circumcision
3. Judaizers taught one had to be circumcised and keep the law of Moses in order to be saved…one had to become a Jew  before he could become a Christian
4. They wanted Titus as a ‘test case’ and Paul would have nothing to do with it!
5. Those who bound circumcision were guilty of adding to God’s Word

It takes tact to have contact.  To immature people, Paul’s lifestyle probably looked inconsistent. In  reality, he was very consistent, for his overriding purpose was to win people to Jesus Christ.

1. Paul had the right to eat whatever pleased him, but he gave up that right so that he might win the Jews.
2. Paul revered the Law (see Rom. 7:12), but set that aside so that he might reach the lost Gentiles.
3. He even identified himself with the legalistic weak Christians so that he might help them to grow.

Paul never compromised or watered down the demands of the gospel of Jesus Christ. Yet this text makes it clear that he was committed to the removal of every unnecessary obstacle to its communication.

1. And he saw his most likely “unnecessary obstacle” as himself.
2. He was bright enough to know that his tendency would be to so insulate himself from cultures that were foreign to him that he would be completely ineffective in breaking through to them with the gospel.

A Time to Be Like Other People
First, Paul wanted people to know Christ so badly that he took the initiative to know and be like others as much as possible. He didn’t set up shop and wait for them to come to him. He went where they were and talked to them in language they could understand.

Paul was Jewish by birth but cosmopolitan in lifestyle by virtue of education and travel. As he moved freely in the Mediterranean world and contacted Jews and Gentiles, men and women, rich and poor, educated and uneducated, he respected and acknowledged everything he encountered that was either holy or redeemable to the Lord.

Things that might not have been to his taste or liking, he nevertheless affirmed for the sake of having something in common with them in order to reach them with the gospel.

A Time to Be Different from Others
Second, Paul knew where to draw the line and would do so when necessary. Granting that he moved among and lived like “those not having the law,” Paul always knew that he was “under Christ’s law.”

His first loyalty was always to Christ, and he never forgot that he was “not free from God’s law.”

It must be possible to become all things to all men without compromising our faith. Otherwise God would not hold out that ideal to us. But how  deliberately are we moving toward that goal?

Conclusion
What mattered in life was not him and his rights, but the gospel. The gospel was the consuming passion of his life. Why? That he might partake of the gospel with other believers. By being faithful to the gospel he would share in the redemption of the gospel with other believers.
The church exists in visible, incarnational form to exhibit God’s glory, power, and righteousness to the world and to reach beyond itself to carry the knowledge of salvation to people facing eternity without Christ. This doesn’t change.

But the means and methods by which we accomplish that goal have changed repeatedly and drastically. They continue to change before our very eyes.

Our most effective form of outreach for the coming century might not be VBS and a gospel meeting every year but a systematic plan of compassionate outreach that lets people experience the love of God at our hands and opens their hearts to our telling of the gospel story.

It’s time for us to get past griping about the change that has gone on in our world while we slept and to begin addressing it in the mighty power of Jesus Christ.

Posted by Gary Davenport on September 10, 2018 in Church