Pursuing Peace… “No sleep can be tranquil unless the mind is at rest.” Peace is not the absence of trouble, but the presence of God

“God made man simple; man’s complex problems are of his own devising.” –King Solomon.

“Because we lack a Divine Center, our need for security has led us into an insane attachment to things. We really must understand that the lust for affluence in contemporary society is psychotic. It is psychotic because it has completely lost touch with reality. We crave things we neither need nor enjoy. ‘We buy things we do not want to impress people we do not like.’ … We are made to feel ashamed to wear clothes or drive cars until they are worn out. The mass media have convinced us that to be out of step with fashion is to be out of step with reality. It is time we awaken to the fact that conformity to a sick society is to be sick.” —-Richard Foster. 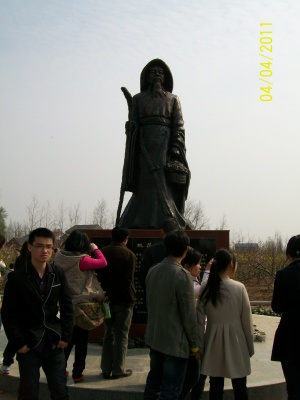 Peace is rare: Less than 8 percent of the time since the beginning of recorded time has the world been entirely at peace. In a total of 3,530 years, 286 have been warless. Eight thousand treaties have been broken in this time.

But we don’t always want to be so grandeur in our thinking. After all, I don’t start wars and I certainly can’t halt them.

We might rather dwell on this little piece of real estate that can be called ‘mine’ and leave it at that…to work on the attainable, casting aside the greater ideals. Why not think more simply?

Well, life doesn’t always allow for that. While it is true that the bathtub was invented in 1850 and the phone in 1875, and in 1850, you could have sat in the tub without having the phone ring, that doesn’t always answer the day’s issue.

Peace is not the absence of trouble, but the presence of God.

Media mogul Ted Turner wanted to see if anybody had a real vision of a future world at peace and in harmony with the environment. He said his quest ended in disappointment. Turner told an Atlanta gathering of contributors to his Cable News Network’s World Report a few years back that he funded a competition to find a book that gave a workable plan for a world of peace.

“With 10,000 manuscripts, we did not have one plausible treatise on how we could get to a sustainable, peaceful future,” Turner told the gathering. The board chairman of Turner Broadcasting System Inc. said that, without a feasible plan, the prospects of creating peace are grim. “You’ve got to have a vision,” Turner said. “We can achieve it.” It’s too bad that Ted didn’t read the manuscript about the Prince of Peace.

In the fall of 1892, D. L. Moody boarded a ship in Southampton bound for New York. Three days into the journey, Moody, lying on his bunk, was startled by a loud noise, and the vessel began to shudder. The large shaft that drove the propeller had broken and smashed through the side of the ship. Water began pouring in and it was soon apparent that the ship would sink.

Moody was no stranger to dangerous situations. He’d been shot at in the Civil War. In Chicago, during the great cholera epidemic, he fearlessly visited the sick and dying. “But on the sinking ship,” Moody wrote in his memoirs, “it was different. It was the darkest hour of my life. I had thought myself superior to the fear of death,” but that illusion quickly vanished. “I could not endure it.”

Moody went to his cabin and on his knees poured out his heart to God. What happened? Moody said, “God heard my cry, and enabled me to say, ‘Thy will be done!'” He went to bed and fell asleep. He wrote, “I never slept any more soundly in all my life.”

At three in the morning, Moody’s son awakened him with good news: a steamer had heard their distress signals. Seven days later, they were towed into safe harbor.

I remember hearing of a young man who went to a minister of Christ in great distress about his spiritual state. He said to the minister, “Sir, can you tell me what I must do to find peace?” The minister replied, “Young man, you are too late.” “Oh!” said the young man, “you don’t mean to say I am too late to be saved?” “Oh, no,” was the reply, “but you are too late to do anything. Jesus did every thing that needed to be done twenty centuries ago.”

All men desire peace, but very few desire those things that make for peace. The second of the two most popular Christian greetings is “peace” (eirene). It is roughly the equivalent of the Hebrew shalom. But, though it is related to this word, it also means more.

Above all, peace is God’s gift to man, achieved by him at the cross of Christ. It is peace with God (Rom 5:1) and is to express itself both in peace of mind (Philippians 4:6, 7) and in a very practical peace between all those who know God.

However painful or difficult, or, on the other hand, however inconspicuous or humdrum life may be, the Christian finds his peace in accepting and playing his part in the master plan.

In life troubles will come which seem as if they never will pass away. The night and storm look as if they would last forever; but the calm and the morning cannot be stayed; the storm in its very nature is transient. The effort of nature, as that of the human heart, ever is to return to its repose, for God is peace.

Jesus Christ lived in the midst of his enemies. At the end all his disciples deserted him. On the cross he was utterly alone, surrounded by evildoers and mockers. For this cause he had come, to bring peace to the enemies of God. So the Christian, too, belongs not in the seclusion of a cloistered life but in the thick of foes.

I believe it to be a grave mistake to present Christianity as something charming and popular with no offense in it. We cannot blink the fact that gentle Jesus meek and mild was so stiff in His opinions and so inflammatory in His language that He was thrown out of church, stoned, hunted from place to place, and finally gibbeted as a firebrand and a public danger. Whatever His peace was, it was not the peace of an amiable indifference.

Peacemaking is an action that springs out of an attitude. When the heart’s wrong, there can’t be peace. Selfishness is a gangrene, eating at the very vitals. Sin is a cancer, poisoning the blood. Peace is the rhythm of our wills with Jesus’ love-will. Disobedience breaks the music. Failure to keep in touch makes discord. The notes jar and grate. We have broken off. The peace can’t get in. Jesus made peace by his blood. We get it only by keeping in full touch with him.

We would do well to acknowledge that which cannot be changed. Edwin Markham put it well:
At the heart of the cyclone tearing the sky And flinging the clouds and the towers by,
Is a place of central calm; So here in the roar of mortal things,
I have a place where my spirit sings, In the hollow of God’s palm.

A few years ago Ann Landers wrote a column in which she tried to depict what the earth would be like after a nuclear war. And she asked all of her readers to clip the article and to send it to the White House. The President, Ronald Reagan, wrote her a letter about two weeks later in which he acknowledged that he had received over two hundred clippings. But then he went on to suggest, “I think you sent them to the wrong place. They should have been sent to the Kremlin.”

While it may have been true that much of the problem could be laid at the feet of the Soviet Union rather than the United States, it’s also true that we often look at the problem with “those other guys” and fail to examine ourselves.. That’s often the problem about peace, isn’t it? It’s with those other guys.

I’ve been told that there are places in Europe where you can sink a spade into the earth, and in just two or three spadefuls of earth, you can dig up prehistoric artifacts and also bits of metal from much more modern times. In one spadeful of earth you might come up with a flint fist hatchet, which was used in prehistoric times to crush the skull of an enemy, and in that same bunch of earth, you will also find a bit of shrapnel from some shell fired during the Second World War.

Crushing the skull in the one instance, blowing a person to bits in the other–that is a kind of parable of the history of humankind, isn’t it? War after war after war. The absence of peace.

Frustrated? Wondering where to turn? Paul’s formula for understanding peace comes from a spiritual perspective, but we might need to make one more acknowledgement: I’m reminded of the Peanuts cartoon with Lucy saying to Charlie Brown, “I hate everything. I hate everybody. I hate the whole wide world!” Charlie says, “But I thought you had inner peace.” Lucy replies, “I do have inner peace. But I still have outer obnoxiousness”

Paul has the better response: “All this is from God, who reconciled us to himself through Christ and gave us the ministry of reconciliation: {19} that God was reconciling the world to himself in Christ, not counting men’s sins against them. And he has committed to us the message of reconciliation. {20} We are therefore Christ’s ambassadors, as though God were making his appeal through us. We implore you on Christ’s behalf: Be reconciled to God. {21} God made him who had no sin to be sin for us, so that in him we might become the righteousness of God.” (2 Corinthians 5:18-21).

Posted by Gary E. Davenport on May 30, 2019 in Church, Encouragement

One response to “Pursuing Peace… “No sleep can be tranquil unless the mind is at rest.” Peace is not the absence of trouble, but the presence of God”