Uncommon Things We Believe Series #2 A Christian Can Fall From Grace 2 Peter 2:18-22 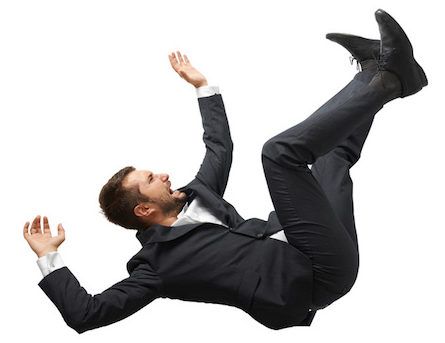 A great many people within the religious world believe that a child of God cannot fall from grace.

This view is summed up by the words of Sam Morris, in a booklet published at the beginning of this century, “We take the position that a Christian’s sins do not damn his soul. The way a Christian lives, what he says, his character, his conduct, or his attitude toward other people have nothing whatever to do with the salvation of his soul.”

This is why those who follow the New Testament pattern for their work, worship, and doctrine must look at scripture. Why have we chosen to be so uncommon by rejecting this teaching?

Where Did It All Come From?

Salvation is a gift from God offered to all mankind. We are free to accept or reject salvation. Once we accept salvation, we are still free to make choices. We can become unfaithful and lose our salvation or we can remain faithful until death and receive a crown of life. (Revelation 2:10)

Most of the New Testament was written to Christians encouraging them to remain faithful and receive eternal life. If a man could not lose his salvation, why write all these letters encouraging him not to lose it?

It has long been my personal view that no one who has put their faith in Christ should fall from grace…they almost have to ‘want’ to be lost (based on their habitual choices) since God is so willing to forgive us!

In short, a view of man’s nature from Greek philosophy, rather than from the Bible, came to influence the way people viewed Christianity.

We do not mean that a Christian has no security. Faithful Christians do have security.

(1 John 5:13)  I write these things to you who believe in the name of the Son of God so that you may know that you have eternal life.

(1 Corinthians 10:13)  No temptation has seized you except what is common to man. And God is faithful; he will not let you be tempted beyond what you can bear. But when you are tempted, he will also provide a way out so that you can stand up under it.

(1 John 1:7)  But if we walk in the light, as he is in the light, we have fellowship with one another, and the blood of Jesus, his Son, purifies us from all sin.

However, we believe the Bible teaches that a faithful Christian can become habitually (it become the pattern of their life) unfaithful: (Hebrews 10:26-31)  If we deliberately keep on sinning after we have received the knowledge of the truth, no sacrifice for sins is left, {27} but only a fearful expectation of judgment and of raging fire that will consume the enemies of God. {28} Anyone who rejected the law of Moses died without mercy on the testimony of two or three witnesses. {29} How much more severely do you think a man deserves to be punished who has trampled the Son of God under foot, who has treated as an unholy thing the blood of the covenant that sanctified him, and who has insulted the Spirit of grace? {30} For we know him who said, “It is mine to avenge; I will repay,” and again, “The Lord will judge his people.” {31} It is a dreadful thing to fall into the hands of the living God.

Those verses explain themselves but they have a special significance due to the verses which preceded them: Hebrews 10:19-25 (ESV)
19  Therefore, brothers, since we have confidence to enter the holy places by the blood of Jesus,
20  by the new and living way that he opened for us through the curtain, that is, through his flesh,
21  and since we have a great priest over the house of God,
22  let us draw near with a true heart in full assurance of faith, with our hearts sprinkled clean from an evil conscience and our bodies washed with pure water.
23  Let us hold fast the confession of our hope without wavering, for he who promised is faithful.
24  And let us consider how to stir up one another to love and good works,
25  not neglecting to meet together, as is the habit of some, but encouraging one another, and all the more as you see the Day drawing near.

We do not mean that the works of a Christian are the basis of his/her salvation. Works cannot save in the primary sense, only in the secondary sense.

In the primary sense, the sense that accounts for salvation and pays the price for it, we cannot be saved by works (Rom. 4:1-8). Only through Christ can we who are sinners be saved (Rom. 3:21-27).

Works relate to our salvation in the secondary sense, the accessing of the gift of salvation. Faith without works is dead (James 2:26).

We do what we do as Christians out of appreciation and due to maturity…not in order to earn salvation. It’s the idea of “bringing our salvation to maturity.”

The Bible Clearly Teaches That A Child Of God Can Fall From Grace.

Those who trust in law keeping can fall from grace.

(Galatians 5:4)  You have been severed from Christ, you who are seeking to be justified by law; you have fallen from grace.

Those who become partakers of the Holy Spirit can fall from grace.

(Hebrews 6:4-6)  For it is impossible for those who were once enlightened, and have tasted the heavenly gift, and have become partakers of the Holy Spirit, {5} and have tasted the good word of God and the powers of the age to come, {6} if they fall away, to renew them again to repentance, since they crucify again for themselves the Son of God, and put Him to an open shame.

Those who escape the defilement’s of the world can fall from grace.

(2 Peter 2:18-22)  For they mouth empty, boastful words and, by appealing to the lustful desires of sinful human nature, they entice people who are just escaping from those who live in error. {19} They promise them freedom, while they themselves are slaves of depravity–for a man is a slave to whatever has mastered him. {20} If they have escaped the corruption of the world by knowing our Lord and Savior Jesus Christ and are again entangled in it and overcome, they are worse off at the end than they were at the beginning. {21} It would have been better for them not to have known the way of righteousness, than to have known it and then to turn their backs on the sacred command that was passed on to them. {22} Of them the proverbs are true: “A dog returns to its vomit,” and, “A sow that is washed goes back to her wallowing in the mud.”

(Ephesians 2:8-9)  For by grace you have been saved through faith, and that not of yourselves; it is the gift of God, {9} not of works, lest anyone should boast.

We are saved through faith, but not a dead, inactive faith. We are not saved by works that attempt to earn our salvation. Thus, salvation is of grace, even though we must respond to grace.

The Bible teaches that grace is unearned, yet conditioned on responsive faith. Acts 2:36-38 shows there are conditions to be met before salvation can be received.

Acts 2:36-38 (ESV)
36  Let all the house of Israel therefore know for certain that God has made him both Lord and Christ, this Jesus whom you crucified.” 37  Now when they heard this they were cut to the heart, and said to Peter and the rest of the apostles, “Brothers, what shall we do?” 38  And Peter said to them, “Repent and be baptized every one of you in the name of Jesus Christ for the forgiveness of your sins, and you will receive the gift of the Holy Spirit.

Colossians 1:22-23 demonstrates that there are conditions to be met to remain in salvation. Colossians 1:22-23 (ESV)
22  he has now reconciled in his body of flesh by his death, in order to present you holy and blameless and above reproach before him, 23  if indeed you continue in the faith, stable and steadfast, not shifting from the hope of the gospel that you heard, which has been proclaimed in all creation under heaven, and of which I, Paul, became a minister.

If there were no conditions to grace, everyone would be saved, yet conditions are not necessarily associated with earning salvation.

If I agree to pay you five dollars an hour to stripe the parking lot and you worked two hours, would you think you had earned your ten dollars?

When we look at all of what the Bible has to say—The Big Picture—we see that a Christian can fall from grace, but not a faithful Christian. What we have commonly believed, though uncommon in the religious world, is in complete harmony with the Scriptures.

Realize the worst situation a person can place their soul’s condition in—is to be an unfaithful Christian. There is no hope at all because they have rejected the one hope that is offered to the sinner!

(Galatians 6:1-2)  Brothers, if someone is caught in a sin, you who are spiritual should restore him gently. But watch yourself, or you also may be tempted. {2} Carry each other’s burdens, and in this way you will fulfill the law of Christ.

The Greek word is “kartartizo” and is the same word used in:

(Matthew 4:21)  Going on from there, he saw two other brothers, James son of Zebedee and his brother John. They were in a boat with their father Zebedee, preparing their nets. Jesus called them,

(Hebrews 11:3)  By faith we understand that the universe was formed at God’s command, so that what is seen was not made out of what was visible.

Imagine the picture of mature Christians working diligently to mend or form or restore the lives of individual brothers and sisters in Christ who are struggling and “drifting” away.

Posted by Gary Davenport on April 1, 2021 in Church, Doctrine