A study of Romans: The Righteousness of God #25 Non-Conforming Transformers Romans 12:1-2 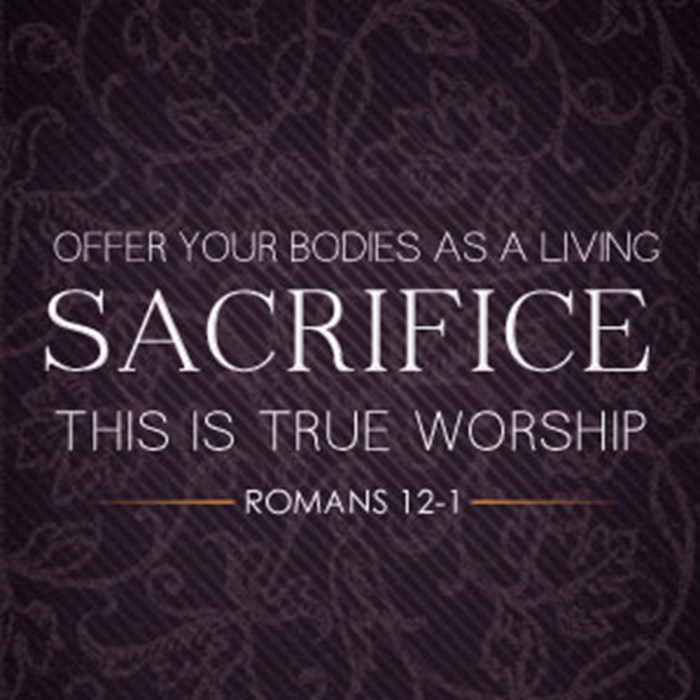 Here we have Paul following the pattern he always followed when he wrote to his friends. He always ends his letters with practical advice. The sweep of his mind may search through the infinities, but he never gets lost in them; he always finishes with his feet firmly planted upon the earth. He can, and does, wrestle with the deepest problems which theology has to offer, but he always ends with the ethical demands which govern every man.

One of the biggest problems American people face is the problem of debt. We have a huge national deficit and many are overwhelmed by personal debt. In these times of easy credit, many American families have used their charge cards to the limit; some of them will be unable to pay their debts. Maybe we should throw away the cards and live within our incomes. We need to pay our debts.

Think of another kind of debt. What do you owe God? Are we indebted to Him?

Romans 12 begins the practical application of the great truths that Paul had presented in the first eight chapters. In this chapter he is answering the question, “Now what?” God has acted in history. He has shown us the way out of our trouble. We have responded to His gift of grace in Christ. How are we to live in this present world?

Romans 12 begins with the words, “I urge you therefore, . . .” (12:1). “Therefore” says that what Paul is about to say is inseparably joined to everything he has said before. As an apostle of Christ he could have said, “I command you”; but he did not use that word. He is saying, “I am tenderly urging you; I am begging you.”

He says, “I urge you therefore, brethren, by the mercies of God, . . .” Everything that God has done for us is because He is merciful. God is just and holy and can have nothing to do with our sins. The justice of a holy God who is outraged by man’s rebellion must be fulfilled.

Justice says according to 6:23, “The wages of sin is death.” Justice demands death because of our sin. But in the fulfillment of God’s justice, Christ died; He died in our place. God could show mercy to poor lost sinners. He wants to save sinners through the gift of Jesus.

What is the request? What is this debt that we owe that we can never fully pay? Paul says, “I urge you therefore, brethren, by the mercies of God, to present your bodies a living and holy sacrifice, . . .” (12:1).

“Present your bodies to God,” he says. There is no more characteristically Christian demand. We have already seen that that is what a Greek would never say. To the Greek, what mattered was the spirit; the body was only a prison-house, something to be despised and even to be ashamed of. No real Christian ever believed that. The Christian believes that his body belongs to God just as much as his soul does, and that he can serve him just as well with his body as with his mind or his spirit.

The body is the temple of the Holy Spirit and the instrument through which the Holy Spirit works. After all, the great fact of the incarnation basically means that God did not grudge to take a human body upon himself, to live in it and to work through it. Take the case of a church or a cathedral. It is built for the offering of worship to God. But it has to be designed by the mind of some architect; it has to be built by the hands of craftsmen and of labouring men; only then does it become a shrine where men meet to worship. It is a product of the mind and the body and the spirit of man.

“So,” Paul says, “take your body; take all the tasks that you have to do every day; take the ordinary work of the shop, the factory, the shipyard, the mine; and offer all that as an act of worship to God.” The word in Rom 12:1 which we along with the Revised Standard Version have translated worship, has an interesting history. It is latreia (<G2999>), the noun of the verb latreuein (<G3000>). Originally latreuein (<G3000>) meant to work for hire or pay. It was the word used of the labouring man who gave his strength to an employer in return for the pay the employer would give him. It denotes, not slavery, but the voluntary undertaking of work. It then came to mean quite generally to serve; but it also came to mean that to which a man gives his whole life. For instance, a man could be said latreuein kallei, which means to give his life to the service of beauty. In that sense, it came very near meaning to dedicate one’s life to. Finally, it came to be the word distinctively used of the service of the gods. In the Bible it never means human service; it is always used of service to and worship of God.

“For he whom Jesus loved hath truly spoken: The holier worship which he deigns to bless,

Restores the lost, and binds the spirit broken, And feeds the widow and the fatherless.”

In all of history, sacrificing has been an opportunity for man to give the best he has to God. In the very first sacrifices that were made by Cain and Abel (Genesis 4), Abel brought the firstling of his flock and Cain brought of the fruit of the ground. The Bible says God had respect unto Abel and his sacrifice, but unto Cain and his offering he had not respect.

God has never accepted less than the best from any man. Abel offered the best he had. He was a shepherd; natu-rally he would have sheep. He offered a lamb that was the best from his flock. Cain was a farmer and offered the fruit of the ground. Nothing in the text says that Cain offered the first or the best. God, therefore, had respect unto Abel, but no respect for Cain. That teaches us an important lesson.

Sacrifices have always been an opportunity for man to present the best he has to God.

Because we owe so much let us give God the best we have. What is the best a man can present to God? Is it not himself? Paul says, “Present your bodies.” Man is a soul who lives in a body. Our bodies belong to God (1 Corinthians 6:19,

20). We are stewards of our bodies which belong to God. Let us use them in offering the best we have to God.

Next, Paul says, “Acceptable to God, which is your spiritual service of worship” (12:1). Paul says it is spiritual because God deserves it. Life is worship because life is to be presented to God. What is worship but presenting something to God.

It is true that the church assembles to worship. God has designated in His Word what we are to do when the church comes together. We are to sing praises, pray, and study His Word. On the first day of the week we are to observe the Lord’s Supper and give of our financial resources for the work of God. In another sense all of life is worship. Your spiritual service is presenting your very self to God.

Paul takes us a step further and shows how we may present ourselves to God as our spiritual service of worship. Romans 12:2 says, “And do not be conformed. . . .” Do not allow the world to squeeze you into its mold. This verse further says to not be conformed “to this world.” The world is not your standard any longer. Christ is your standard. You are set apart from the world, and you are different from the world.

The next line says, “Be transformed. . . .” Be changed for the better. That word transformed reminds us of a term that is used in biology, metamorphosis. It speaks of the woolly worm that becomes the beautiful butterfly. We are like the worm, but we can become the butterfly. We can become something beautiful and useful to God.

But how can I overcome conformity to the world and be transformed? “By the renewing of your mind.” You have to change your mind if you are going to be God’s person. You are God’s person not by accident, but by choice. In Ephesians 4:22-24 Paul said, That, in reference to your former manner of life, you lay aside the old self, which is being corrupted in accordance with the lusts of deceit, and that you be renewed in the spirit of your mind, and put on the new self, which in the likeness of God has been created in righteousness and holiness of the truth.

The old man is put off when we die to sin, are buried with Christ when we are baptized, and raised to walk in newness of life. He said it is possible by the renewing of your mind to be transformed to become something beautiful and wonderful for God.

He concludes the thought by saying, “That you may prove what the will of God is, that which is good and acceptable and perfect” (12:2). You will demonstrate the way of God is best. You will prove it if you will give yourself as a living sacrifice to God, not being conformed to the world but being transformed or changed for the better. That is your possibility; that is your responsibility.

This, Paul goes on, demands a radical change. We must not be conformed to the world, but transformed from it. To express this idea he uses two almost untranslatable Greek words—words which we have taken almost sentences to express. The word he uses to be conformed to the world is suschematizesthai (<G4964>); its root is schema (<G4976>), which means the outward form that varies from year to year and from day to day. A man’s schema (<G4976>) is not the same when he is seventeen as it is when he is seventy; it is not the same when he goes out to work as when he is dressed for dinner. It is continuously altering. So Paul says, “Don’t try to match your life to all the fashions of this world; don’t be like a chameleon which takes its colour from its surroundings.”

The word he uses for being transformed from the world is metamorphousthai (<G3339>). Its root is morphe (<G3444>), which means the essential unchanging shape or element of anything. A man has not the same schema (<G4976>) at seventeen and seventy, but he has the same morphe (<G3444>); a man in dungarees has not the same schema (<G4976>) as a man in evening dress, but he has the same morphe (<G3444>); his outward form changes, but inwardly he is the same person. So, Paul says, to worship and serve God, we must undergo a change, not of our outward form, but of our inward personality. What is that change? Paul would say that left to ourselves we live a life kata (<G2596>) sarka (<G4561>), dominated by human nature at its lowest; in Christ we live a life kata (<G2596>) Christon (<G5547>) or kata (<G2596>) pneuma (<G4151>), dominated by Christ or by the Spirit. The essential man has been changed; now he lives, not a self-centred, but a Christ-centred life.

When Christ becomes the centre of life then we can present real worship, which is the offering of every moment and every action to God.

By doing this, we are reaching toward fulfilling our debt to God for all the wonders He has done in our lives.

Posted by Gary Davenport on November 15, 2021 in Romans