RSS
← Faithful Feelings: Doing Emotions God’s Way #5 Giving Thanks When You Don’t Feel Like It – 1 Thessalonians 5:18
Constantly Together In Prayer  –  A study of prayer from Acts → 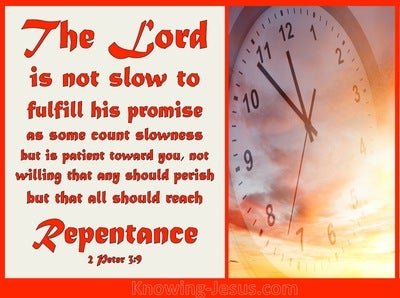 Our skepticism profoundly impacts the way we look at God. We do not place as much emphasis on what God said as on what God did not say. We are devoted to determining what God actually wants. We often attempt to determine God’s true desires by “reading between the lines.”

I sincerely doubt that any of us are capable of imagining the enormous frustration that we inflict on God.

If God were human, He would have cut His losses a long time ago. To me the greatest evidences that God is not human are seen in His patience, His forgiveness, and His mercy.

No human, not even the best of the best, can endure as much abuse, misrepresentation, and neglect as does God, and remain patient, forgiving, and merciful.

Important for us to relate more and more with the nature of God…important that we come to know Him as He really is. We begin with a strange text:

Relate context with faith of Abraham and Sarah. When God’s intentions regarding Sodom and Gomorrah becomes clear, Abraham is concerned because he has family down there. He begins bartering with God…think of his audacity….50…45…40…30…20 …10.

This is the very nature of God! He longs to save! The primary character of this text is not Abraham but God.

(Exodus 34:6) “And he passed in front of Moses, proclaiming, “The LORD, the LORD, the compassionate and gracious God, slow to anger, abounding in love and faithfulness…”

Relate rebellious nature of the children of Israel and see the end result:

(Numbers 14:18) “‘The LORD is slow to anger, abounding in love and forgiving sin and rebellion. Yet he does not leave the guilty unpunished; he punishes the children for the sin of the fathers to the third and fourth generation.'”

The law is read before a large group of people and, after standing for hours, they repented of their sins…and remembered God in the past and related it to their present:

(Nehemiah 9:17) “They refused to listen and failed to remember the miracles you performed among them. They became stiff-necked and in their rebellion appointed a leader in order to return to their slavery. But you are a forgiving God, gracious and compassionate, slow to anger and abounding in love. Therefore you did not desert them…”

Psalmist complains about the abuse he’s taken in life:

(Psalms 86:15) “But you, O Lord, are a compassionate and gracious God, slow to anger, abounding in love and faithfulness.”

(Psalms 103:8-14) “The LORD is compassionate and gracious, slow to anger, abounding in love. {9} He will not always accuse, nor will he harbor his anger forever; {10} he does not treat us as our sins deserve or repay us according to our iniquities. {11} For as high as the heavens are above the earth, so great is his love for those who fear him; {12} as far as the east is from the west, so far has he removed our transgressions from us. {13} As a father has compassion on his children, so the LORD has compassion on those who fear him; {14} for he knows how we are formed, he remembers that we are dust.”

This statement is like John 3:16 to the Jewish people……it is given as a constant reminder for the Israelites…..(Psalms 145:8) “The LORD is gracious and compassionate, slow to anger and rich in love.”

(Joel 2:13) “Rend your heart and not your garments. Return to the LORD your God, for he is gracious and compassionate, slow to anger and abounding in love, and he relents from sending calamity.”

(Jonah 4:2) “He prayed to the LORD, “O LORD, is this not what I said when I was still at home? That is why I was so quick to flee to Tarshish. I knew that you are a gracious and compassionate God, slow to anger and abounding in love, a God who relents from sending calamity.”

(Nahum 1:3) “The LORD is slow to anger and great in power; the LORD will not leave the guilty unpunished. His way is in the whirlwind and the storm, and clouds are the dust of his feet.”

What Patience Is/Is Not

Patience is “slow to anger” and “steadfastness.”

Patience is not: apathy or tolerance. God is holy and He will reckon eventually with the unholiness of man and his willful decisions…of his ignoring the teachings of God. “Whatever” will not be tolerated by God when all is made right on His timetable.

Patience With a Purpose

(Romans 2:4) “Or do you show contempt for the riches of his kindness, tolerance and patience, not realizing that God’s kindness leads you toward repentance?”

(2 Peter 3:9-10) “The Lord is not slow in keeping his promise, as some understand slowness. He is patient with you, not wanting anyone to perish, but everyone to come to repentance. {10} But the day of the Lord will come like a thief. The heavens will disappear with a roar; the elements will be destroyed by fire, and the earth and everything in it will be laid bare.”

Why has Christ not yet returned to earth? Because God loves man; He does not want any person to perish, not a single person. God is not slack in fulfilling His promise nor is He powerless to return and judge the earth. He has not returned for one reason and one reason only. He wants more and more people to come to repentance.

There are in this passage three great truths on which to nourish the mind and rest the heart.

(i)  Time is not the same to God as it is to man.  As the Psalmist had it:  “A thousand years in thy sight are but as yesterday when it is past, or as a watch in the night” (Psalm 90:4).  When we think of the world’s hundreds of thousands of years of existence, it is easy to feel dwarfed into insignificance; when we think of the slowness of human progress, it is easy to become discouraged into pessimism.  There is comfort in the thought of a God who has all eternity to work in.  It is only against the background of eternity that things appear in their true proportions and assume their real value.

(ii)  We can also see from this passage that time is always to be regarded as an opportunity.  As Peter saw it, the years God gave the world were a further opportunity for men to repent and turn to him.  Every day which comes to us is a gift of mercy.  It is an opportunity to develop ourselves; to render some service to our fellow-men; to take one step nearer to God.

(iii)  Finally, there is another echo of a truth which so often lies in the background of New Testament thought.  God, says Peter, does not wish any to perish.  God, says Paul, has shut them all up together in unbelief, that he might have mercy on all (Romans 11:32).  Timothy in a tremendous phrase speaks of God who will have all men to be saved (1 Timothy 2:4).  Ezekiel hears God ask:  “Have I any pleasure in the death of the wicked, and not rather that he should return from his way and live?”  (Ezekiel 18:23).

Ever and again there shines in Scripture the glint of the larger hope.  We are not forbidden to believe that somehow and some time the God who loves the world will bring the whole world to himself.

A Word Straight to You and Me

God hasn’t given up on you and me! It’s easy for us to think God acts toward us the way we act toward each other. We’ve all had people “give up on us” as a result of some disagreement or event. One of the great tragedies is when family “gives up on us.” The message today: God doesn’t give up on us.

Posted by Gary Davenport on January 24, 2022 in Encouragement

← Faithful Feelings: Doing Emotions God’s Way #5 Giving Thanks When You Don’t Feel Like It – 1 Thessalonians 5:18
Constantly Together In Prayer  –  A study of prayer from Acts →