RSS
← A closer view of the cross: Almost
Encounters With God: Jonah, The Prodigal Prophet, An Introduction — Jonah 1 →

A closer view of the cross: The saint must walk alone 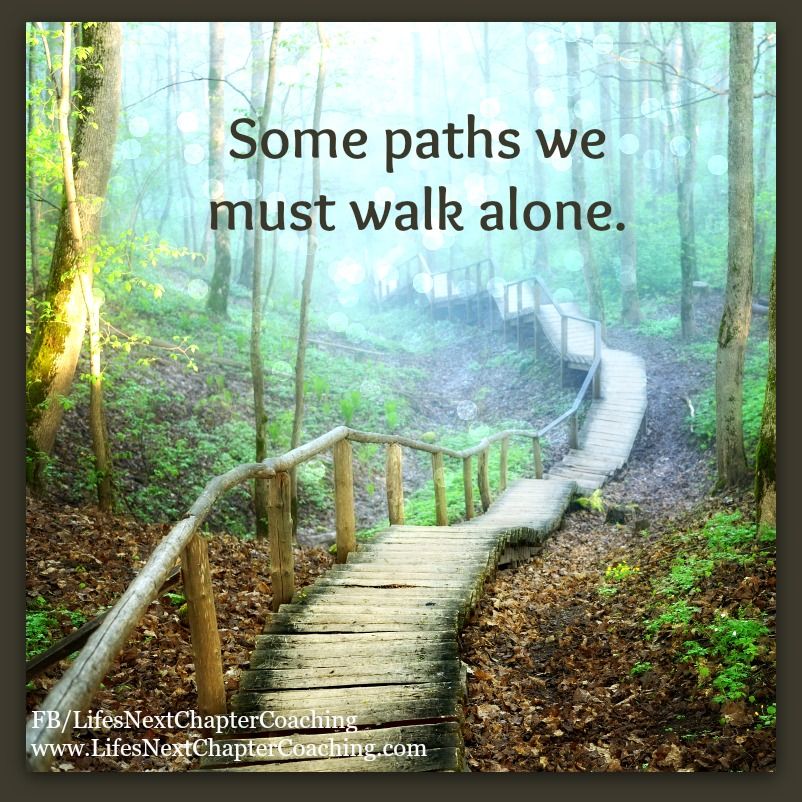 Galatians 2:20 (ESV) I have been crucified with Christ. It is no longer I who live, but Christ who lives in me. And the life I now live in the flesh I live by faith in the Son of God, who loved me and gave himself for me.

There seems to be a great throng of professing Christians in our churches today whose total and amazing testimony sounds about like this: “I am thankful for God’s plan in sending Christ to the cross to save me from hell.”

I am convinced that it is a cheap, low-grade and misleading kind of Christianity that impels people to rise and state: “Because of sin I was deeply in debt—and God sent His Son, who came and paid all my debts.”

Of course believing Christian men and women are saved from the judgment of hell, and it is a reality that Christ our Redeemer has paid the whole slate of debt and sin that was against us.

Surely we know the Bible well enough to be able to answer that: God’s highest purpose in the redemption of sinful humanity was based in His hope that we would allow Him to reproduce the likeness of Jesus Christ in our once-sinful lives!

This is the reason why we should be concerned with this text—this testimony of the Apostle Paul in which he shares his own personal theology with the Galatian Christians who had become known for their backsliding.

It is a beautiful miniature, shining forth as an unusual and sparkling gem, an entire commentary on the deeper Christian life and experience. We are not trying to take it out of its context by dealing with it alone. We are simply acknowledging the fact that the context is too broad to be dealt with in any one message.

This is a verse with such depth of meaning and spiritual potential for the Christian believer that we are obligated to seek its full meaning—so it can become practical and workable and livable in all of our lives in this present world.

It is plain in this text that Paul was forthright and frank in the matter of his own personal involvement in seeking and finding God’s highest desires and provision for Christian experience and victory. He was not bashful about the implications of his own personality becoming involved with the claims of Jesus Christ.

Not only does he plainly testify, “I have been crucified,” but within the immediate vicinity of these verses, he used the words I, myself and me a total of fourteen times….

Only Christianity recognizes why the person who is without God and without any spiritual perception gets in such deep trouble with his own ego.

Most of the world’s great souls have been lonely. Loneliness seems to be one price the saint must pay for his saintliness.

In the morning of the world (or should we say, in that strange darkness that came soon after the dawn of man’s creation) that pious soul, Enoch, walked with God and was not, for God took him; and while it is not stated in so many words, a fair inference is that Enoch walked a path quite apart from his contemporaries.

Another lonely man was Noah who, of all the antediluvians, found grace in the sight of God; and every shred of evidence points to the aloneness of his life even while surrounded by people.

Again, Abraham had Sarah and Lot, as well as many servants and herdsmen, but who can read his story and the apostolic comment upon it without sensing instantly that he was a man “whose soul was alike a star and dwelt apart”?

As far as we know, not one word did God ever speak to him in the company of men. Facedown he communed with his God, and the innate dignity of the man forbade that he assume this posture in the presence of others.

How sweet and solemn was the scene that night of the sacrifice when he saw the lamps of fire moving between the pieces of offering. There alone with a horror of great darkness upon him he heard the voice of God and knew that he was a man marked for divine favor.

Moses also was a man apart. While yet attached to the court of Pharaoh he took long walks alone, and during one of these walks while far removed from the crowds he saw an Egyptian and a Hebrew fighting and came to the rescue of his countryman.

After the resultant break with Egypt he dwelt in almost complete seclusion in the desert. There while he watched his sheep alone the wonder of the burning bush appeared to him, and later on the peak of Sinai he crouched alone to gaze in fascinated awe at the Presence, partly hidden, partly disclosed, within the cloud and fire.

The prophets of pre-Christian times differed widely from each other, but one mark they bore in common was their enforced loneliness.

They loved their people and gloried in the religion of the fathers, but their loyalty to the God of Abraham, Isaac and Jacob and their zeal for the welfare of the nation of Israel drove them away from the crowd and into long periods of heaviness. “I am become a stranger unto my brethren, and an alien unto my mother’s children” (Psalm 69:8), cried one and unwittingly spoke for all the rest.

Most revealing of all is the sight of that One of whom Moses and all the prophets did write, treading His lonely way to the cross, His deep loneliness unrelieved by the presence of the multitudes.

’Tis midnight, and on Olive’s brow The star is dimmed that lately shone.

‘Tis midnight, and from all removed, The Savior wrestles lone with fears;

E’en that disciple whom He loved Heeds not his Master’s grief and tears.  —William B. Tappan

He died alone in the darkness, hidden from the sight of mortal man, and no one saw Him when He arose triumphant and walked out of the tomb, though many saw Him afterward and bore witness to what they saw.

There are some things too sacred for any eye but God’s to look upon. The curiosity, the clamor, the well-meant but blundering effort to help can only hinder the waiting soul and make unlikely, if not impossible, the communication of the secret message of God to the worshiping heart.

Sometimes we react by a kind of religious reflex and repeat dutifully the proper words and phrases even though they fail to express our real feelings and lack the authenticity of personal experience.

Right now is such a time. A certain conventional loyalty may lead some who hear this unfamiliar truth expressed for the first time to say brightly, “Oh, I am never lonely. God said, ‘I will not fail thee, nor forsake thee’ (Joshua 1:5), and Christ said, ‘Lo, I am with you always’ (Matthew 28:20).

How can I be lonely when Jesus is with me?” I do not want to reflect on the sincerity of any Christian soul, but this stock testimony is too neat to be real.

It is obviously what the speaker thinks should be true rather than what he has proved to be true by the test of experience. This cheerful denial of loneliness proves only that the speaker has never walked with God without the support and encouragement afforded him by society.

Always remember: You cannot carry a cross in company. Though a man were surrounded by a vast crowd, his cross is his alone and his carrying of it marks him as a man apart. Society has turned against him; otherwise he would have no cross. No one is a friend to the man with a cross. “And they all forsook him, and fled” (Mark 14:50).

The pain of loneliness arises from the constitution of our nature. God made us for each other. The desire for human companionship is completely natural and right.

The loneliness of the Christian results from his walk with God in an ungodly world, a walk that must often take him away from the fellowship of good Christians as well as from that of the unregenerate world.

His God-given instincts cry out for companionship with others of his kind, others who can understand his longings, his aspirations, his absorption in the love of Christ; and because within his circle of friends there are so few who share his inner experiences he is forced to walk alone.

The unsatisfied longings of the prophets for human understanding caused them to cry out in their complaint, and even our Lord Himself suffered in the same way.

The man who has passed on into the divine presence in actual inner experience will not find many who understand him. A certain amount of social fellowship will of course be his as he mingles with religious persons in the regular activities of the church, but true spiritual fellowship will be hard to find.

But he should not expect things to be otherwise. After all, he is a stranger and a pilgrim, and the journey he takes is not on his feet but in his heart. He walks with God in the garden of his own soul—and who but God can walk there with him?

He is of another spirit from the multitudes that tread the courts of the Lord’s house. He has seen that of which they have only heard, and he walks among them somewhat as Zacharias walked after his return from the altar when the people whispered, “He has seen a vision” (see Luke 1:22).

The truly spiritual man is indeed something of an oddity.

It is this very loneliness that throws him back upon God. “When my father and my mother forsake me, then the LORD will take me up” (Psalm 27:10).

His inability to find human companionship drives him to seek in God what he can find nowhere else. He learns in inner solitude what he could not have learned in the crowd—that Christ is All in all, that He is made unto us wisdom, righteousness, sanctification and redemption, that in Him we have and possess life’s summum bonum.

Two things remain to be said. 1. The lonely man of whom we speak is not a haughty man, nor is he the holier-than-thou, austere saint so bitterly satirized in popular literature. He is likely to feel that he is the least of all men and is sure to blame himself for his very loneliness.

He wants to share his feelings with others and to open his heart to some like-minded soul who will understand him, but the spiritual climate around him does not encourage it, so he remains silent and tells his griefs to God alone.

His loneliness makes him sympathetic to the approach of the brokenhearted and the fallen and the sin-bruised. Because he is detached from the world he is all the more able to help it.

The weakness of so many modern Christians is that they feel too much at home in the world. In their effort to achieve restful “adjustment” to unregenerate society they have lost their pilgrim character and become an essential part of the very moral order against which they are sent to protest.

The world recognizes them and accepts them for what they are. And this is the saddest thing that can be said about them. They are not lonely, but neither are they saints.

← A closer view of the cross: Almost
Encounters With God: Jonah, The Prodigal Prophet, An Introduction — Jonah 1 →