“A man can do nothing better than to eat and drink and find satisfaction in his work. This too, I see, is from the hand of God.”

Solomon made it clear that not only were the blessings from God, but even the enjoyment of the blessings was God’s gift to us (v. 24). He considered it “evil” if a person had all the blessings of life from God but could not enjoy them (6:1-5).

This is the first of six “conclusions” in Ecclesiastes, each of which emphasizes the importance of accepting life as God’s gift…enjoying it in God’s will. Solomon is not advocating “Eat, drink and be merry, for to-morrow we die!” That is the philosophy of fatalism not faith. Rather, he is saying, “Thank God for what you do have, and enjoy it to the glory of God.” 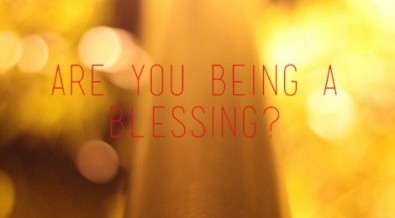 Paul gave his approval to this attitude when he exhorted us to trust “in the living God, who gives us richly all things to enjoy” (1 Tim. 6:17, nkjv).

It is easy to see why the Jewish people read Ecclesiastes at the Feast of Tabernacles, for Tabernacles is their great time of thanksgiving and rejoicing for God’s abundant provision of their needs.

The important thing is that we seek to please the Lord (v. 26) and trust Him to meet every need. God wants to give us wisdom, knowledge, and joy; these three gifts enable us to appreciate God’s blessings and take pleasure in them.

It is not enough to possess “things”; we must also possess the kind of character that enables us to use “things” wisely and enjoy them properly.

It is related that during the Civil War a Confederate soldier who was placed far out in a lonely wood to watch suddenly felt a strange dread and fear come over him. The moon was shining dimly in the deeply wooded place. And while it seemed strange and unwise, he felt constrained to sing softly the old song, “Jesus, Lover of my soul let me to Thy bosom fly,” and the stanza, “Other refuge have I none.” This he did, and immediately felt relieved of his fear.

A few years later, when the war was over, he was at a meeting and sang the same song. After the song, a stranger came up to him and said, “I never saw you before, but I have heard that voice before.” Then he asked him if he sang that song one night during the war. Then he related to him how he and some of his men, who were Union soldiers, were hidden behind trees and had their guns turned on him and were ready to fire! “But,” said he, “as we heard that song, ‘Jesus, Lover of my soul,’ and, ‘Other refuge have I none,’ I said to my men, Don’t shoot that man,’ and we slipped away and left you. I shall never forget the voice I heard that night.”

There is only one refuge and that is Jesus, and we need Him at the end of the way.

Allen Redpath wrote that you never lighten the load unless you first have felt the pressure in your own soul. You are never used of God to bring blessing until God has opened your eyes and made you see things as they really are.

All that is required to make men unmindful of what they owe to God for any blessing is that they should receive that blessing often and regularly.

The story is told of an only survivor of a wreck who was thrown on an uninhabited island. After a while he managed to build himself a hut, in which he placed the little all that he had saved from the ship. He prayed to God for deliverance and anxiously scanned the horizon each day to hail any passing ship. One day on returning from a hunt for food, he was horrified to find his hut in flames. All he had was going up in smoke! The worst had happened, it appeared; but that which seemed to have happened for the worst was in reality for the best. To the man’s limited vision it was the worst. To God’s infinite wisdom it was the best, for which he had prayed. The next day a ship arrived. “We saw your smoke signal,” the captain said.

That hardship can actually be a blessing–or “a severe mercy,” to recall Sheldon Vanauken’s book of that title–is a profoundly Christian insight seldom heard these days, even from the clergy, who so often seem preoccupied with being “pastoral” or superficially popular.

I’ve seen numerous ‘pictures’ of the pilgrims at the first American Thanksgiving. While their circumstances were alluded to slightly, it is often not realized the depth of their supposed despair.
Do you know half of their number died the first year they were here? They had a hard time, and it was a cold winter. Dangers lurked everywhere, but those pilgrims didn’t think of the death of their loved ones and the dangers and the cold weather. They didn’t let that obscure the blessings of God. They went together, and they thanked the Lord for the blessings they had received. Sometimes we need to put down our assets alongside our losses. Everyone of us is more blessed than we are hurt.

I remember reading a story not long ago about the “elevated” in Chicago–a train that when it comes into the downtown, it’s on a high track. A young man was riding that train day after day as a commuter. And as the train slowed up for the station where he got off, he could look through an open curtain into a room of a building and see a woman lying in a bed.

She was there day after day, for a long time, obviously quite ill. He began to get interested in her since he saw her every day. Finally he determined to find out her name. He discovered her address, and he wrote her a card, assuring her that he was praying for her recovery. He signed it: “The young man on the elevated.”

A few weeks later, he pulled into the station, and he looked through that window and the bed was empty. Instead there was a great huge sign: GOD BLESS YOU, MY FRIEND ON THE ELEVATED!
It sounds rather trite to say it, but it is a fact that the everyday blessings of life are so basic that we often take them for granted.

The late Dr. Paul Rees tells the true story of a man whose job was to transport people who had been committed to a mental hospital. After delivering a patient one day, he was walking back to his car when he heard a voice call out, “Hey you!” It came from one of the upper floors. Looking up, the man called back, “Are you speaking to me?” “Yes, I am,” came the reply, “I want to ask you a question. Have you ever thanked God that you have a healthy mind?” To say the least, the driver was stunned. He said, “I suddenly realized that I had been bringing people to this facility for some fifteen years. Yet I had never once thanked God for a good mind!”

When spring came to England after the devastating bombing raids of 1941 by Nazi Germany, a strange thing occurred. It brought a beautiful, botanical resurrection. The explosions brought to the surface seeds of plants which were thought to be extinct. Some 95 different flowers and shrubs were found suddenly growing and blooming in the bomb-pocked landscape of England. Likewise, adversity, in life often turns up unexpected and undeveloped parts of our lives. The bombs of adversity and suffering often resurrect long-dormant flowers.

It doesn’t say enough , but what it does say is good. I’m referring to Ralph Waldo Emerson’s reflection on success.

How do you measure success? To laugh often and much;
To win the respect of intelligent people and the affection of children; To earn the appreciation of honest critics and endure the betrayal of false friends;
To appreciate beauty; To find the best in others
To leave the world a bit better whether by a healthy child, a redeemed social condition, or a job well done;
To know even one other life has breathed because you lived, this is to have succeeded.

We had better bear our troubles bravely than try to escape them. Indeed, sometimes God will place certain obstacles in the life of a Christian to prevent sin or harm. However, if we try to remove these obstacles, we will ultimately come to regret it.

We must remember that no matter how difficult our tribulations may seem to us, there are always others who are in a worse situation than us!

A certified public accountant did something that maybe all of us should do. He decided to open a journal with God. He wanted to write everything that God gave him and everything that he gave to God. He started keeping a debit and credit book with God.

If someone did him a favor, he put it down as God’s gift to him. He credited God with the sun, his food, his health, his friends and relatives, and a thousand other benefits he received. On the other hand, he put down what he did for God. Finally he gave up saying, “It is impossible for me to balance the books. I find that God is indeed my creditor and what I have done for Him is next to nothing.”

Dr. James J. Walsh said, “Few people realize that their health actually varies due to this factor. Happy individuals recover from disease much more quickly than sad, complaining patients; and statistics show that those who laugh live longer.”

Posted by Gary E. Davenport on September 15, 2014 in Encouragement