RSS
← Are we living in the last days?
Is God inclusive or exclusive? →

10 Reasons to Believe in Christ rather than religion 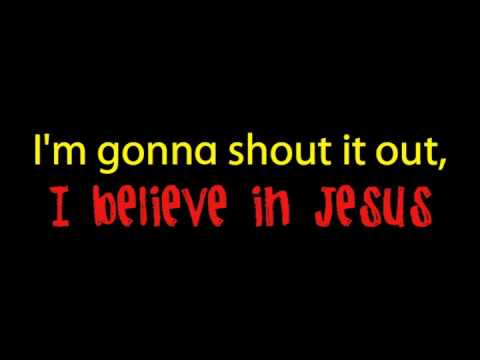 God never asks us to be religious; He asks us to believe in His Son. So why have human beings turned God’s simple offer into something convoluted—and despairingly difficult?

Christ Is Someone to Know and Trust. Christ is more than a system, tradition or belief. He is a Person who knows our needs, feels our pain and sympathizes with our weakness. In exchange for our trust, He offers to forgive our sins, intercede for us and bring us to His Father. He cried for us, died for us and rose from the dead to show that He was all He claimed to be. Conquering death, He showed us that He can save us from our sins, live His life through us on earth and bring us safely to heaven. He offers Himself as a gift to anyone who will trust Him (John 20:24-31).

Religion Is Something to Believe and Do. Religion is believing in God, attending religious services, tradition, ritual, ceremony, and learning the difference between right and wrong. Religion is reading and memorizing Scripture, offering prayers, and giving to the poor. Religion helping the poor and making amends for past wrongs. Religion is something that was practiced by the Pharisees, those Scripture-loving, conservative, separatist, spiritual leaders who hated Christ enough to call for His death. They hated Him not only because He broke their traditions in order to help people (Matthew 15:1-9), but also because He saw through their religion to their hearts.

Religion Doesn’t Change Hearts. Jesus likened the religious Pharisees to a group of dishwashers who clean the outside of a cup while leaving the inside dirty. He said, “Now then, you Pharisees clean the outside of the cup and dish, but inside you are full of greed and wickedness. You foolish people! Did not the one who made the outside make the inside also?” (Luke 11:39,40, NIV). Jesus knew that a person can change his image without changing his act (Matthew 23:1-3). He knew that religious credentials and ceremony cannot change the heart. He told one of the most religious men of His day that unless a person is “born again” by the Spirit, he cannot see the kingdom of God (John 3:3). Yet from that day until now, many of the most religious people in the world continue to forget that while religion can give attention to outward appearance, only Christ can change the heart.

Religion Makes Much of Little. Jesus spoke to religionists who had a passion for detail when He said, “Woe to you Pharisees, because you give God a tenth of your mint, rue and all other kinds of garden herbs, but you neglect justice and the love of God. You should have practiced the latter without leaving the former undone” (Luke 11:42). Jesus saw our tendency to make rules and to focus on “morally correct” behavior instead of keeping our eyes on the bigger issue of why we are trying to be so right. While the Pharisees were big on knowledge carried out to its logical conclusions, they forgot that God doesn’t care how much we know until He knows how much we care. It was this greater “why” that the apostle Paul had in mind when he wrote, “If I speak in the tongues of men and of angels, but have not love, I am only a resounding gong or a clanging cymbal…If I give all I possess to the poor and surrender my body to the flames, but have not love, I gain nothing” (1 Corinthians 13:1,3, NIV).

Religion Offers the Approval of Men Rather Than God. Jesus reserved His strongest criticism for religious people who used their spiritual reputation to get social attention and honors. To such religionists Jesus said, “Woe to you Pharisees, because you love the most important seats in the synagogues and greetings in the marketplaces” (Luke 11:43). Then, speaking to His disciples, He said of the Pharisees, “Everything they do is done for men to see” (Matthew 23:5). Jesus saw clearly into the practice of religion, which holds the opinions and attention of man to be more important and desirable than the approval of God.

Religion Makes Hypocrites of Us. Jesus said, “Woe to you, because you are like unmarked graves, which men walk over without knowing it” (Luke 11:44). What looks better than being dressed right, attending religious services and doing things that mark us as decent, God-fearing people? Yet how many religious scholars, ministers and faithful followers withhold honor and encouragement from their wives, attention from their children and love from their doctrinal enemies? Jesus knew what we often forget: What looks good may have a heart of evil.

Religion Makes a Hard Life Harder. Because religion cannot change a heart, it tries to control people with laws and expectations that are not even kept by the religionists who interpret and apply the rules. With this “burden factor” in mind, Jesus said, “And you experts in the law, woe to you, because you load people down with burdens they can hardly carry, and you yourselves will not lift one finger to help them” (Luke 11:46). Religion is good at describing high standards of right behavior and relationships, but poor at giving real and merciful help to those who realize they have not lived up to those expectations.

Religion Makes It Easy to Deceive Ourselves. It’s been jokingly said, “I love humanity. It’s people I can’t stand.” The Pharisees acted out a similar idea, but it wasn’t funny. According to Jesus, the Pharisees prided themselves in honoring and building memorials to the prophets. The irony is that when they met a real prophet they wanted to kill Him. Barclay says, “The only prophets they admired were dead prophets; when they met a living one, they tried to kill Him. They honored the dead prophets with tombs and memorials, but they dishonored the living ones with persecution and death.” This is the point Jesus made in Luke 11:47-51 and in a parallel passage in Matthew 23:29-32. The Pharisees had fooled themselves. They didn’t think of themselves as prophet-killers. Religionists don’t see themselves as the God-rejecting people they are.

Religion Hides the Key of Knowledge. One of the greatest dangers of religion is that it causes us to be a danger not only to ourselves but also to others. To the religious biblical experts of His day Jesus said, “Woe to you experts in the law, because you have taken away the key to knowledge. You yourselves have not entered, and you have hindered those who were entering” (Luke 11:52). Religionists take away “the key of knowledge” by distracting people from the Word of God and from a “right attention of heart” by the unnecessary additions of denominationally correct traditions and expectations. Rather than leading people to God, religionists shift the focus to themselves and their own rules. Religionists are those who trust the beliefs and actions of their religion to do what only Christ can do.

Religion Leads Its Converts Astray. In Matthew 23:15 Jesus said, “Woe to you, teachers of the law and Pharisees, you hypocrites! You travel over land and sea to win a single convert, and when he becomes one, you make him twice as much a son of hell as you are.” Converts of religion are in double jeopardy. They bring a double enthusiasm to their new way of life, and with zeal they blindly defend their blind teachers. They put themselves in the trust of people who have exchanged a system of rules and traditions for the life, forgiveness and relationship of an infinite Savior.

Religion is important in its place (James 1:26-27), but only when it points us to the Christ who died for our sins and who now offers to live His life through those who trust Him (Galatians 2:20; Titus 3:5). You’re not alone if you are unconvinced that Christ is all He claimed to be. But keep in mind that He promised God’s help to those who have good reasons for their questions. He said, “If anyone chooses to do God’s will, he will find out whether my teaching comes from God or whether I speak on my own” (John 7:17).

Here Jesus reminds us that we see things not only as they are, but as we are. If you do see the reasonableness of faith in Christ, keep in mind that the Bible says to the family of God, “For it is by grace you have been saved, through faith—and this is not from yourselves, it is the gift of God—not by works [religious efforts and accomplishments], so that no one can boast” (Ephesians 2:8-9). The salvation Christ offers is not a reward for religious effort but a gift to all who put their trust in Him.

Posted by Gary Davenport on November 21, 2019 in Jesus Christ

← Are we living in the last days?
Is God inclusive or exclusive? →